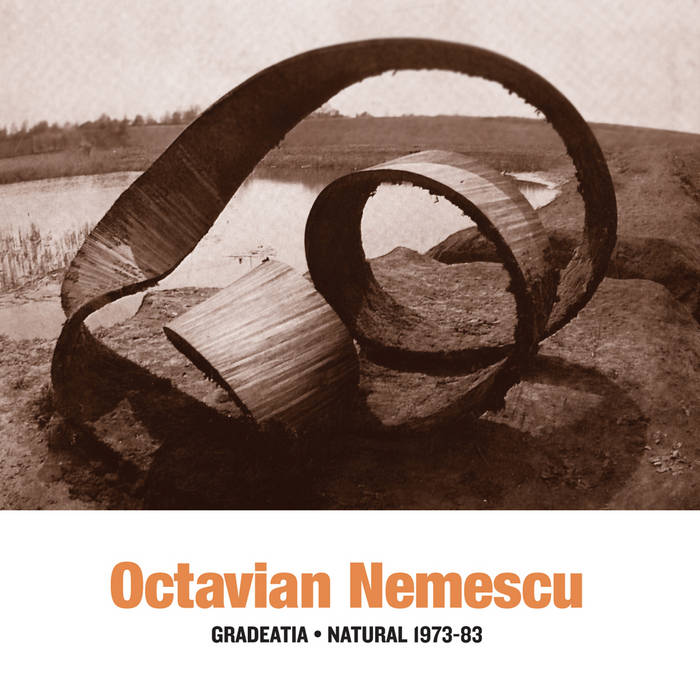 At the time as relevant to its Western contemporaries as it was mystifying in its national context. In a pop culture where the electronic medium was seldom and complementarily used, the few experiments employing synthesizers came with an expansive exploration of its musical capabilities. One of the country's avant-garde pioneers and initiator of the Spectral movement, Octavian Nemescu continued his explorations into sonic primordial and universal archetypes with the 1984 release GRADEATIA-NATURAL. Commissioned by the Electroacoustic Music Studio in Gent (Belgium) and recorded in 1982, Gradeatia's ambient narrative blends melodic electronic drones with field recordings to paint an 'electronic fresco' dedicated to Romania's oldest monastery, serving at the same time as a subversive protest against the regime's nationwide policy of relocating and demolishing churches. Natural (1973-83), was assembled by Nemescu on his Grundig reel-toreel players at his home, using electronic sources and pre-recorded samples to create an evolutive crescendo of tense electronic reverberation whose dissolution comes as counterpoint to the piece'sorganic piano explorations. A landmark album for Romania's avant-garde movement and an important re)discovery for enthusiasts of experimental electronic music.
Octavian Nemescu

Octavian Nemescu. Born in Pascani (Romania), 1940. He studied composition with Mihail Jora at University of Music in Bucharest. As he was still a student he imposed himself as part of avant-garde movement in Romanian music composition. After 1965 he achieves works of the 'open creation' type, of conceptual and environmental music. He involves himself after 1967 into the Romanian spectral trend. Starting with the work 'Concentric'(1969) his creation has got archetypal vocation by cultivating an aesthetic of the essentializing. Octavian Nemescu cultivated the archetypal goals on all parameters and musical forms. He is the author of implosive music and of Imaginary music. He composed Multi-, Post-, Non- and Pre-Symphonies. Lately he is interested by music with initiation character, developed in a non-spectacular, ritualic atmosphere, as a chance to revigorate the old mysteries and as a modality of AWAKENING from the biological, mental and spiritual sleep.

Bandcamp Daily  your guide to the world of Bandcamp

Featuring interviews with the mighty Hiatus Kaiyote and genre-busting L'Rain.